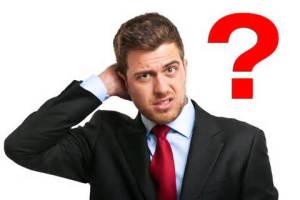 I don’t know whatever happened to Leslie, but if she’s still out there I have a message for her: “Thank you.” Leslie was the first real media buyer I ever called on, back in the early days of radio (I think it was during the Carter Administration). I remember sitting in her office on Capitol Hill asking about an upcoming buy and hoping I would get the chance to present my radio station for her consideration.

Finally she said, “Fine. Here’s what I want in the proposal.” I think what she asked for was your basic reach and frequency and gross rating point and cost per point and exclusive cume proposal. But to me, having been a radio rep for about twenty minutes, it sounded like she was asking me for the formula for nuclear fission. As she rattled off all the data points she wanted, I dutifully nodded like I knew what I was doing and wrote everything down, or tried to.

After a few moments, Leslie stopped and stared at me.  “You don’t have a clue what I’m talking about, do you?”

I swallowed hard. “Um…nope,” I answered. Fortunately she was a patient sort — she probably appreciated my honesty — and she proceeded to give me a basic primer on a few of the tidbits of information she needed, and why they were important. She also made sure I got the terms written down properly so I could look them up on my own. Instead of leaving with my tail between my legs, I left feeling much more confident.

Did I get on the buy? I don’t remember, to be honest, but I do remember that Leslie did me a huge favor: she didn’t make me feel stupid. She could have fussed and fumed and complained that the station had sent her a useless rookie, and thrown me out of her office just to show how irritated (and important) she was. But she took the time instead to educate a new sales rep, give me valuable information, and help me learn the business. I have always appreciated that!

A lot of proposals have flowed over the dam since then, to mix a metaphor, and I’m an older and somewhat wiser man today. And I have learned a valuable lesson: nothing is more disarming than the truth. If I am faced with a situation in which I don’t understand what someone is telling me, I have learned that it’s infinitely better to admit it upfront, with confidence and even with humor. Invariably when I speak up I find that I’m not the only one for whom some of the important details are less than clear. Do I understand what the client wants? Am I clear on what the boss needs in the report? Is it obvious what the donor expects? Do I fully comprehend the next steps and relevant deadlines? If I don’t know, I would rather ask now than wait and be wrong. I can much more easily take the hit to my ego by admitting confusion early on — because I’ve learned the hard way that it’s way better than the pain that comes later from refusing to admit I was clueless at the outset.

So thanks, Leslie! You probably don’t remember but you did me a big favor. As a result, my occasional motto has been “Clueless — and proud to admit it!”